Stand Up New Zealand For Our Rights 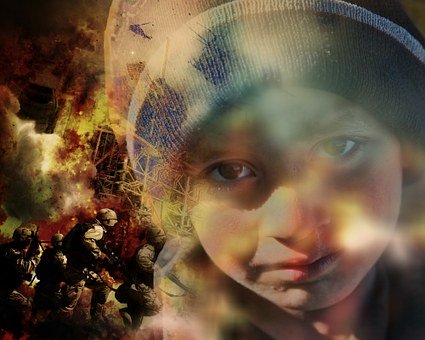 i am gutted. a lot of people don’t realise what has happened here in New Zealand and the ramifications for human rights in this country. Others just put their heads in the sand and do nothing. i agree we need some politicians to confront this new law but who is stepping forward? No one. Our politicians have gone quiet. The outspoken ones have gone quiet. What the hell is going on? i believe a lot of people are under the thumb. We need a collective consciousness that rises up against this government, namely the people of NZ lobbying politicians, high figure members of our society. Come on NZ, rise up, we have to do something.  i feel we are headed in a facist, dictatorship direction. Do you want a repeat of Nazi Germany?

Why am I gutted? Well psychically I have always thought this current government in NZ was headed in a socialist/fascist direction. Before we went into level 4 lockdown I said to a friend,’ I don’t have a good feel about our NZ Government, I think it is going down the fascist direction. I predicted too that we were going into lockdown.’ I said, ‘I felt Adern, with the wrong tools could lead our country astray. ‘Mmmm interesting.
Let me give you the facts, not my psychic view for those of you who are skeptics.

A new law required for alert level 2 and the government was passed in the dead of Wednesday night (13th May 2020) behind closed doors. The National government were excluded from the final hearing. God knows who was privy to the final vote. The new law will provide the legal framework to allow for enforcement of social distancing, and the restrictions on gatherings under alert level 2. This law dangerously infringes human rights by allowing the police to be able to enter any one’s homes without a search warrant. It follows speculation that the government lacked the power to enforce the strict four-week lockdown, in which New Zealanders were ordered to stay at home and not associate with people outside their household. This law comes up for renewal in 90 day’s time. We have to stop this bill’s renewal.
So why has a law been brought in behind closed doors at Level 2? Who voted for this law? Is Adern covering her arse regarding the legalities around level 4 and 3 or is she wanting more control even though we are in Level 2?
Its crazy shit, ludicrous.

Another underhand matter, before this law being passed was the secret document dump and the gagging of Labour party ministers on Friday the 8th May 2020. Why was all of this information dumped? Why weren’t we given time to peruse these documents? Why weren’t the ministers not allowed to be interviewed? Well if you are stopping someone from talking then it doesn’t take a rocket scientist to work out that something is being covered up.
What has happened to our prime Minister’s so called openness and transparency? I feel she’s either had a brain fart or she has a plan.

Today in the Daily Mail Australia, 15/05/2020, the New Zealand Deputy Leader reveals China pressured the country not to go into lockdown – accusing kiwis of ‘overreacting’ to the deadly coronavirus. So why is Winston Peters saying this now and not before? Now I don’t have proof of this but I think the document dump also contained information to the fact that we were advised not to go into Level 4 lockdown. My psychic antenna say WHO, The World health organization. I’m not saying if we should’ve or shouldn’t have been in Level 4 but if we were getting well informed advice not to go into level 4 then why did it happen? Our country is crippled because of this action so it is fair to ask should we have gone into level 4? and what information was against us doing so? Again, another openness and transparency issue. We shouldve been told about the pros and cons of doing so.

So please, New Zealand, stand up for what you believe is right. Speak your truth. Thing are not always what they seem. Don’t be complacent and trusting. Look underneath the surface to find the truth. And I don’t feel we are getting the whole truth with our current government.